Gender-blind approaches to environmental conservation, which neglect to address women’s higher vulnerability to   environmental degradation and their lack of access to political representation, are thus bound to perpetuate   existing  inequalities and will likely fail to produce successful mitigation strategies. As the case of Rubaya Village   shows, improving the representation of women in environmentalist discourse and policy formation can be a first   step towards raising awareness of gendered differences in experiencing impacts of environmental destruction, and   the need to develop gender-sensitive solutions.

I want to suggest that gender-sensitive environmental reform can draw from the theoretical framework of Ecofeminism, a concept that emerged alongside the environmental and anti-nuclear proliferation movements of the mid-1970s (Philips 2016, p. 2). Ecofeminism’s central tenet is that the same ideologies that promote the subordination of women in society also sanction environmental degradation (Banerjee and Bell 2007, pp.3-4), stemming from a patriarchal logic that shapes both human-human and human-nature interactions (Plumwood 1993, p.74). This logic is understood to be reflected in the binary perception of the world as sets of morally charged and hierarchical dualisms like culture-nature, male-female, reason-emotion or human-nature (Banerjee and Bell 2007, 7), privileging a hegemonic masculinity, to which the feminine—emotions, bodies, nature—is only of instrumental value (Phillips 2016, p.8). In ecofeminist thought, environmental degradation and women’s subordination are 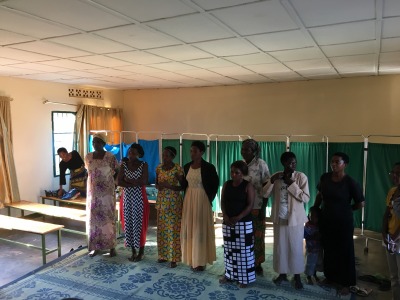 Despite its potential for theorizing gendered approaches to environmental issues, Ecofeminism’s considerable conceptual weaknesses were soon exposed to heavy criticism. The most dominant critique denounced its essentializing tendencies  that assumed an either biologically or historically determined connection between women and nature, citing women’s role as care-takers or their embodied experiences such as childbirth or menstruation cycle (Philips 2016, 12). Assuming a universal caring attitude of women towards nature, critics claimed, would not only reinforce inequality by employing existing dualisms, but also homogenize women’s experience (Agarwal 2000, 298). Due to this early stigmatization of Ecofeminism as an essentialist approach, and its failure to articulate an “acceptable theoretical language for environmental social scientists” (Banerjee and Bell 2007, p.6), few feminist scholars pursued the ecofeminist project (ibid.). Environmentalist discourse subsequently shifted towards technical and policy solutions for material impacts, and away from critical engagement with the ideological foundations of environmental degradation and individual vulnerability to it (MacGregor 2010, p.230).

Given the need for a more relational and structural understanding of gender, environment and society, it seems worthwhile, however, to revisit ecofeminist theory and to reconceptualize it towards a Critical Ecofeminism. A Critical Ecofeminism that rejects essentializing tendencies and incorporates more recent concepts of feminist scholarship, would constitute an approach that still embraces gender as a critical variable determining the interaction of humans and the environment, but is also concerned with how gender intersects with other social categories such as race, class or caste (Buckingham 2014, p. 13). Instead of assuming a universalized gendered experience, critical ecofeminist thought could then provide analytical space for exploring how an individual’s location within the intersection of political, social, and economic power structures shapes both women’s and men’s interaction with the environment, the extent to which they are impacted by environmental degradation, and their ability to act on its protection (Kaijser and Kronsell 2014, 6).

As in the case of Rubaya Village, such an understanding could translate into building community institutions that place decision-making in the hands of traditionally marginalized groups to find solutions that serve all members of a community. Critical Ecofeminism promotes an environmentalist policy that is not only concerned with the material impacts of environmental degradation, but also with the inequitable distribution of these impacts. In combining a structural understanding of social categories, environmentalist research, and a normative agenda that is inherently critical of patterns of oppression, reconceptualizing Ecofeminism thus offers a suitable framework for theorizing human interaction with the environment and for informing critical environmentalist discourse and practice.

Oxfam (2018): Why the majority of the world’s poor are women, URL: https://www.oxfam.org/en/even-it/why-majority-worlds-poor-are-women

Copyright © The Hebrew University of Jerusalem
Developed by Gizra