What can development work learn from fiction written by African authors? More than just a good story, Akin Ajayi argues

Published in 1958, Chinua Achebe's Things Fall Apart has long been heralded as an inaugural moment in African fiction writing. This is true, but only up to a point. At the same time, a statement intended as praise misses a more important lesson that fiction writing from across the continent of Africa offers the wider world—then and now, for post-colonialists of the time and for development agencies and specialists today.

A nuanced and textured narrative, Things Fall Apart tested prevailing conceptions about a continent at the time still largely under the yoke of colonialism. The story of Africa until this point was of the Western world drawing the natives out from innocent helplessness—or, less charitably, benighted brigandry. This was hardly the truth, of course: whatever the motivations for the colonial occupation of Africa after the Berlin Conference of 1884, to overlook the commercial imperative in colonialism would be naïve.

In this sense, Things Fall Apart challenged two orthodoxies. The first is a presumption that had held fast until then: that the colonial subject-as-writer had no commercial or intellectual potential, other than perhaps curiosity value. The enduring relevance of Achebe's magnus opus calls out the timidity of the publishing industry 60 years ago. Africans could write and had things to say about their essential condition. Achebe went on to edit the African Writers Series, for many years the principal showcase for English-language writing set in Africa and written by Africans.

But the more important point that Achebe challenged, one often overlooked by commentators praising the book and the authors' distinguished oeuvre, relates to the writer's voice: who gets to tell the story, for whom, and from what perspective.

Things Falls Apart charts the travails of Okonkwo, a man of means and respect, pushed by the pernicious and insensitive intervention of missionary and colonial activity into actions bearing tragic consequences. It is a critique of unbalanced intervention into the worlds of others; its exacting descriptions of local governance, justice, and equity contradict the self-serving claims of a Western mission of redemption for Africa. A full half-century before "telling our own stories" became a rallying cry for writers from Africa, Achebe asserted the right to tell his story, and on his own terms. He did not ask for the mediation of an outsider's voice; rather, he wanted the outsider to listen to his voice.

We have traveled a long way from the reductive presumptions of the 1950s and 1960s. Development work, geared toward empowering communities and tapping on the knowledge of the indigene, is proof enough of this. Even so, the goodwill and good intentions of the modern-day evangelist of (and for) Africa do not mean that there are no pitfalls awaiting the unwary. And in this, contemporary literature is written by Africans, and about Africa can give much to the curious development worker seeking to facilitate change, progress, and self-nurtured resilience.

Cultural relativism has become something of a battlefield in recent years. The dichotomy pits voices insisting that local customs and habits should be accepted as they are against the claim that critique-informed intervention is justified on the grounds of the (ultimate) greater good. But like all social dichotomies, whatever truths the opposing viewpoints hold are diminished by the artificial construct setting one narrow point of view against the other. One approach cannot fit all perspectives; one approach to development cannot pertain to every community seeking ways and means of developing its own resources.

So Long a Letter, written by the Senegalese writer Mariama Bâ and published in 1979, is a sensitive and thoughtful epistolatory book: a letter from Ramatoulaye to her friend Aissatou, considering their different experiences of a similar social challenge—the status of women in a society that accepts polygamy. An immediate response to the synopsis of the book today—indeed, my initial response when I read it for the first time, many years ago—was to take issue with the iniquity of multiple marriages. Why should society condone men exercising unchallenged dominion over women, simply because the religious texts appear to sanction this?

But Bâ's short and affecting novel does not travel down the simple path of blanket condemnation. The stories of the two women, set in a country still negotiating a sense of identity after generations of French colonialism, unfold in the form of a lengthy letter. One is bereft after her husband takes a second wife after 30 years, then is bereaved when he dies four years later; the second reject polygamy and finds for herself a form of emancipation. It’s a nuanced and subtle book, strongly attached to the lived experiences of the narrator and her friend. For me, the strength of Bâ’s novel lies in distinguishing between equality and justice. The first is a relative concept, shaped not just by the expectations of the wronged but also by the boundaries—the limitations—of their world; justice is an absolute, anchored by the inalienable rights that accrue to us all. 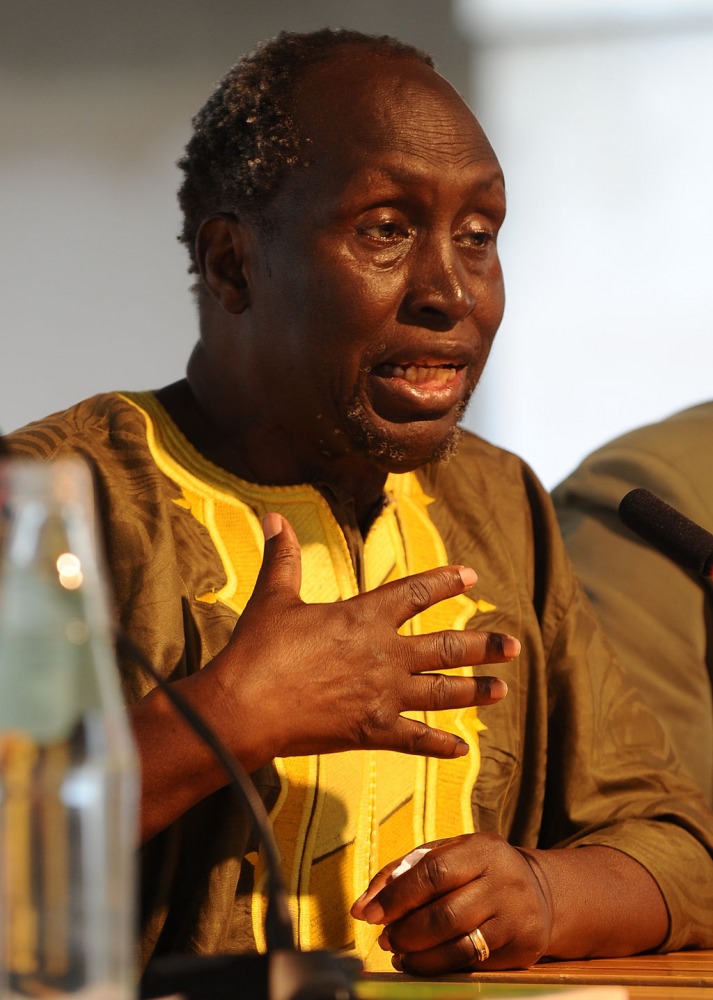 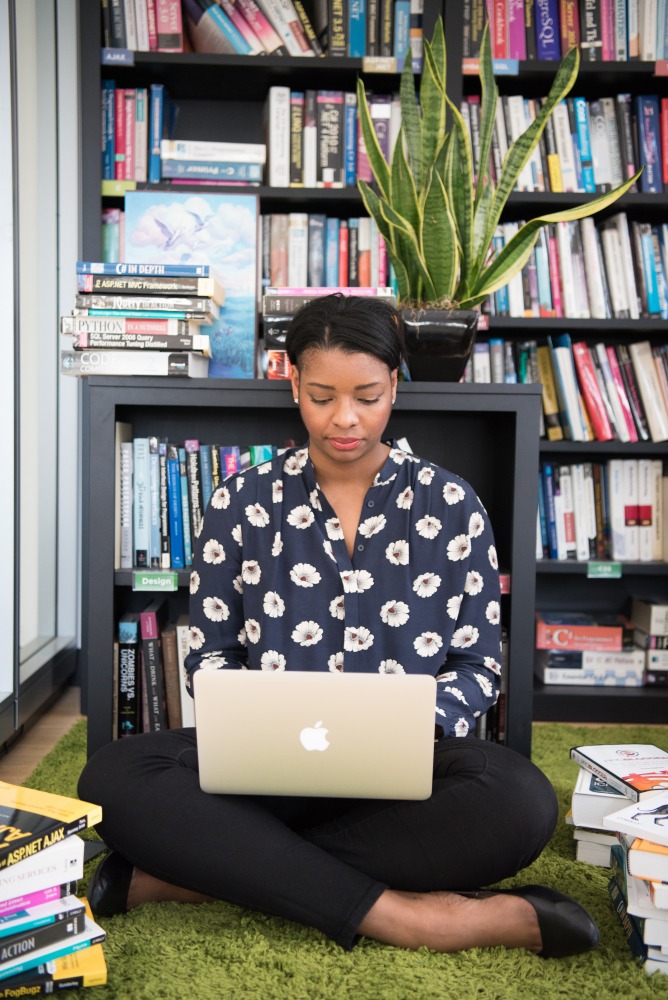 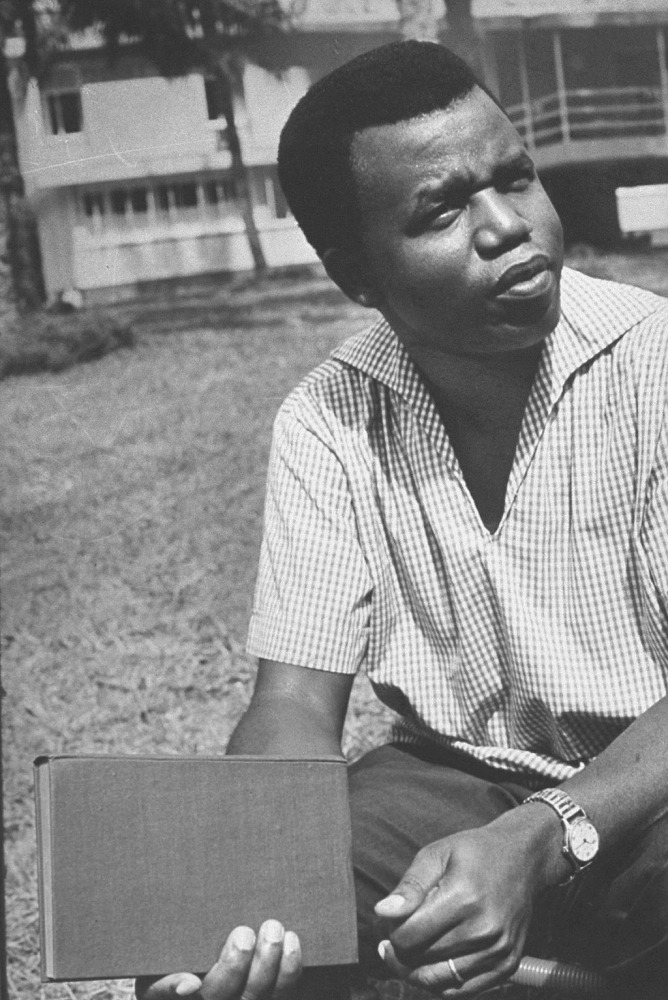 "We must look to work with the reality, with the goal of shaping it into something that reflects the needs of the local communities — rather than changing it according to our own presumptions of what these needs ought to be."

There is a lesson in this slender text, I think, for development work today: sensitivity to the prevailing context. To return to So Long a Letter, it is not to say that polygamy should be accepted and that the injustice that it can (rather than will) create should be excused out of respect for the cultural context. But any effort to change practices of the present must be collaborative; must engage with the reality of the moment; must look to the long term rather than the quick fix. Developmental support and solution facilitation must acknowledge that notions of equality often differ from one place to another. We must look to work with the reality, with the goal of changing it into something that reflects the needs of the local communities—rather than our own presumptions of what these needs ought to be.

Ngũgĩ wa Thiong'o, among the most venerated of all living authors of serious fiction, was given the name James Ngugi when he was born in 1938. This offers a pointer to his career trajectory over the course of 60 years: documenting the brutality of British rule over Kenya, renouncing both Christianity and the English language, organizing community theatre as a tool to criticize the politics of contemporary Kenya; and championing the teaching of African literature, including oral literature, and using the richness of African languages as the natural conduit for this literature.

In literature, as in life. The view of the outsider is always circumscribed by what we see, hear, and understand. This window narrows even further once we account for what we can see, hear, and understand. One reason why Ngũgĩ Wa Thiong'o is not as widely read as some of his peers is that he directs his words, first and foremost, to his own people. When I read his books, I am reading a mediated version. Mediated not just by the act of translation, but by the facts of context. His books (Weep Not Child and A Grain of Wheat are particular favorites of mine; Mũrogi wa Kagogo (Wizard of the Crow) is a recent masterpiece) are but a starting point for a deeper investigation into the new world.

Development work today has the advantage of being able to tap from a wealth of resources—academic research, historical accounts, fiction, and multimedia narratives. With these comes the obligation to test the received wisdom against other artifacts available to us. The Kenyan reading Ngũgĩ wa Thiong'o—as is the case with the Englishman reading Ian McEwan, the American reading Jane Smiley, the Israeli reading David Grossman or Rutu Modan—can engage with the worlds presented within their pages with the familiarity of lived knowledge. The outsider, reading in translation, should have their curiosity acknowledged, of course; but this outsider must remember that what they have been afforded access to in translation is but a part of a much more complex whole.

So it is too with development work. It is a privilege to be given access to the worlds and the stories of the communities that we work with. It is, too, incumbent upon us to respect these stories. We should engage with them as a part of a mosaic, rather than as a means of confirming our own presumptions. Above all, we do respect them as belonging to a specific time and place—and to respect that context.

This is not intended as a critique of the sterling work facilitated by thoughtful, aware, development work across cultural lines. It is rather a challenge: to use the tools at our disposal to do the good development work even better. Books, literature, stories, narratives; on paper, in song, in dance, on canvas; oral or written. All are part of the proud tradition that ranges across Africa, detailing life as it is lived. These are there for the taking: development work, policy, and planning can benefit so much from the African writer telling their own stories.

3. For a brief introduction to the series, see https://en.wikipedia.org/wiki/Heinemann_African_Writers_Series