Skip to main content
HOME / BLOG / CONFLICT / Urban Development in Ramallah: Between Now and Then, a Vanishing Childhood Memory 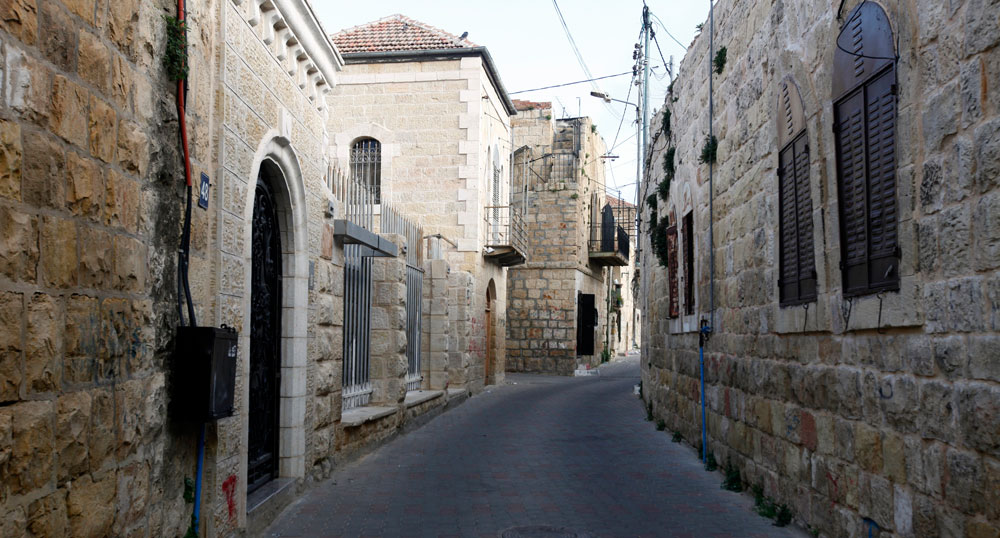 Ramallah today is a product of its history—not only centuries of continuous habitation, but also the reality of occupying and economic forces ignoring the needs of its population. Ahmed Yasin argues that urban development must be tied to local history—and the knowledge of the city’s inhabitants is an important asset in this case.

The urban development and planning of Palestine began in the mid-nineteenth century and has continued until today. It is noticeable that urban development has always been implemented by external forces, with little participation by the indigenous population, due to successive occupations of the land of Palestine. The Ottoman Empire, the British Mandate, and the Israeli Occupation have been the main planning forces—directly or indirectly—of the country over the last century and more. This foreign planning of Palestine was an inspiration for the local population when designing houses and infrastructure; there are Ottoman and British housing landmarks across the country. In the early 2000s, multi-story buildings became the norm for housing in the city.

Ramallah (meaning “God’s Hill”), was founded in the mid-1550s by Al Hadadeen, a tribe of brothers descended from Yemenite Christian Arabs. The Hadadeens, led by Rashed Hadad, arrived from east of the Jordan River, near what is now the Jordanian town of Shobak. Although the  Hadadeen's migration is usually attributed to fighting and unrest among tribes in that area, a more common account is as follows: Rashed's brother Sabri Hadad once hosted Emir Ibn Kaysoom, the head of a powerful tribe in the region, after Sabri's wife gave birth to a baby girl. 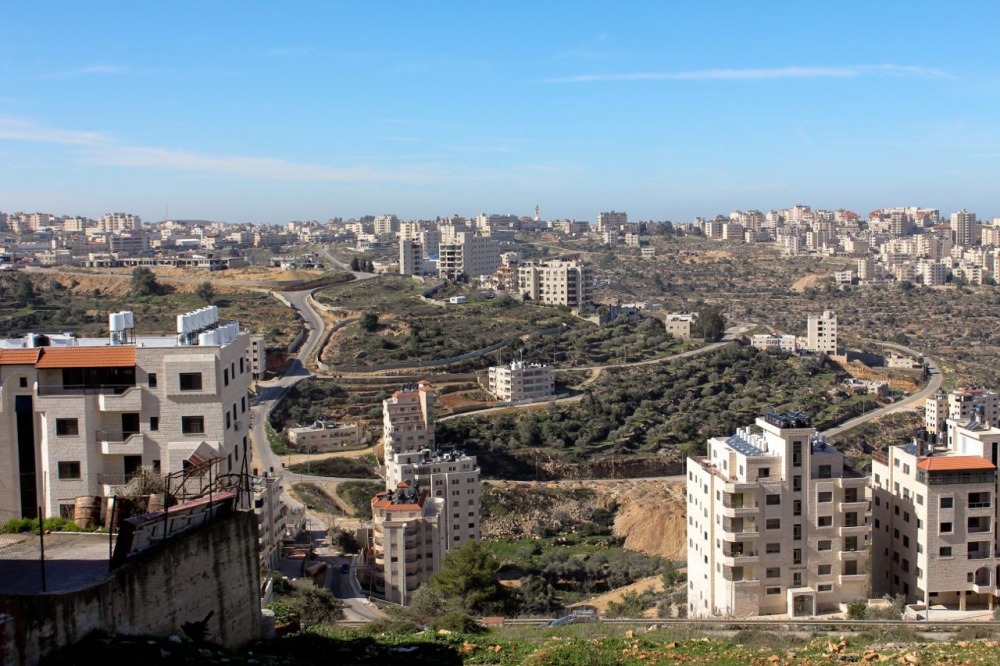 In line with tribal custom, the Emir congratulated Sabri—and asked for the infant's betrothal to his own young son, once both came of age. Sabri assumed the request to be in jest, as Christian-Muslim intermarriage was not commonplace, and agreed to the request in what he considered to be a similar jocular spirit.

Many years later, the Emir came to the Hadadeens and demanded that they fulfill their promise, which the latter refused to do. Many clashes ensued during the following months, with assassinations on both sides. To avoid further bloodshed at the hands of the more powerful Kaysoom tribe, the Hadadeens fled west and settled on the hilltops of Ramallah, at the time sparsely populated by a handful of Muslim families. The city, located 17 kilometers north of Al Quds (Jerusalem), has now become one of the main cities in the West Bank, with a population of about 70,000 inhabitants. It is surrounded by a total of 80 villages and camps, which makes the overall population of the area around 370,000 inhabitants.

“The urban planning of the city, and the need to meet the growth, is attractive only to rich capitalist investors, who could not care less about the history of the city and the collective memory of its residents.”

Until the 1960s, Ramallah developed organically from a built-up core. This village core was located about three kilometers west of the historical main road connecting north and south Palestine via Jerusalem; the twin village of Al-Bireh, a Muslim locality, was located five kilometers east of this important main road. In 1908, when the population of the city was around 3,300, the Municipality of Ramallah was established. The town expanded slowly, and without an official development plan. In the mid-twentieth century, it suffered from negative migration abroad (to America, Europe, and Australia). During the period of the Jordanian Occupation (1950-1967), Ramallah evolved into a tourist destination; this was thanks to its good weather, particularly in the summer, and its open, welcoming community and hospitality.

From that period until today, Ramallah has witnessed a wave of urban development. It became a central city with major political, economic, and social entities, transforming it into the dream city of many Palestinians from across the West Bank. During the Second Intifada, many Palestinians moved to Ramallah, seeking jobs and better living standards. This wave of internal immigration, particularly from 2006 onward, created an urgent need for more urban development in the city: housing, infrastructure, businesses, technology, and so on. Such developments have, in my opinion, negatively affected the city. Prices are increasing rapidly, social relations are disappearing, and the soul of Ramallah cannot be found anymore! 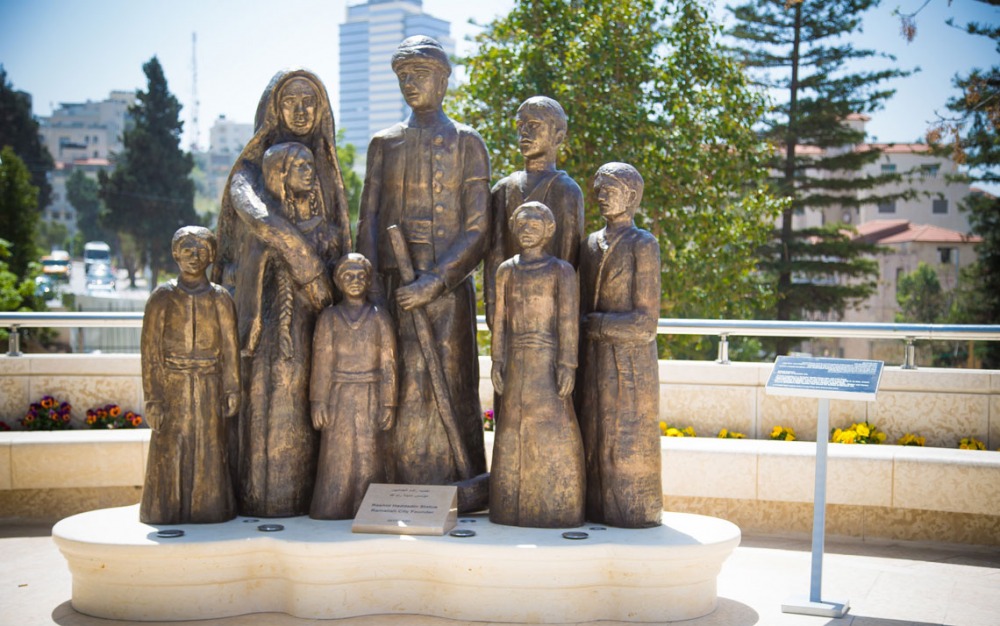 Growing up in Ramallah was a very eye-opening experience. Even though hardly any of my neighbors were Muslims, I rarely felt any difference. The fig, almond, and olive trees were found everywhere— next to houses, in yards, and on the edge of the sidewalks of almost every street. The old Ottoman- and English-style houses, with their arched ceilings and windows, balconies, and yards, were the landscape of my day-to-day walks through the streets of the old city. My grandfather’s house, which was built in 1910, has a yard with a grape tree in it. In the summer, neighbors would gather to drink tea, watch the news, and discuss the social, economic, and political situation. The owners of supermarkets, hummus restaurants, pharmacies, and shops were all known to us.

This romantic scene is no longer complete today, as the city expands to meet its population growth needs. Massive housing projects, new streets, parks, infrastructure, telecommunication companies, and many other developments now dominate the city. These developments have flipped the city upside-down. Even though they contribute to a better quality of life, the figs and almonds are no longer there; some of the old houses have been replaced by new multi-story residential blocks and commercial centers, leaving fewer spaces and yards for neighbors to meet. My childhood memories and scenes have changed! Ramallah today is not the Ramallah I knew when I was a child. The urban planning of the city, and the need to meet the growth, are attractive only to rich capitalist investors, who could not care less about the history of the city and the collective memory of its residents.

The continuous urban planning of Ramallah is enhancing the quality of life for its residents, attracting tourists and investors, and creating public parks, newly paved streets, and cultural centers. But can such development preserve the memories and the soul of the city? Might it block the beautiful views of Ramallah’s hills? Can it preserve the societal coherence of Ramallah’s community?

Graduated from Glocal in 2016. A development practitioner, he has worked on development projects with various local and international organizations. Ahmed’s focus is on enhancing the capacities and opportunities of young Palestinians, enabling them to take key roles in decision-making processes. Ahmed lives in Ramallah and works in Ramallah, Jerusalem, Haifa, and more.