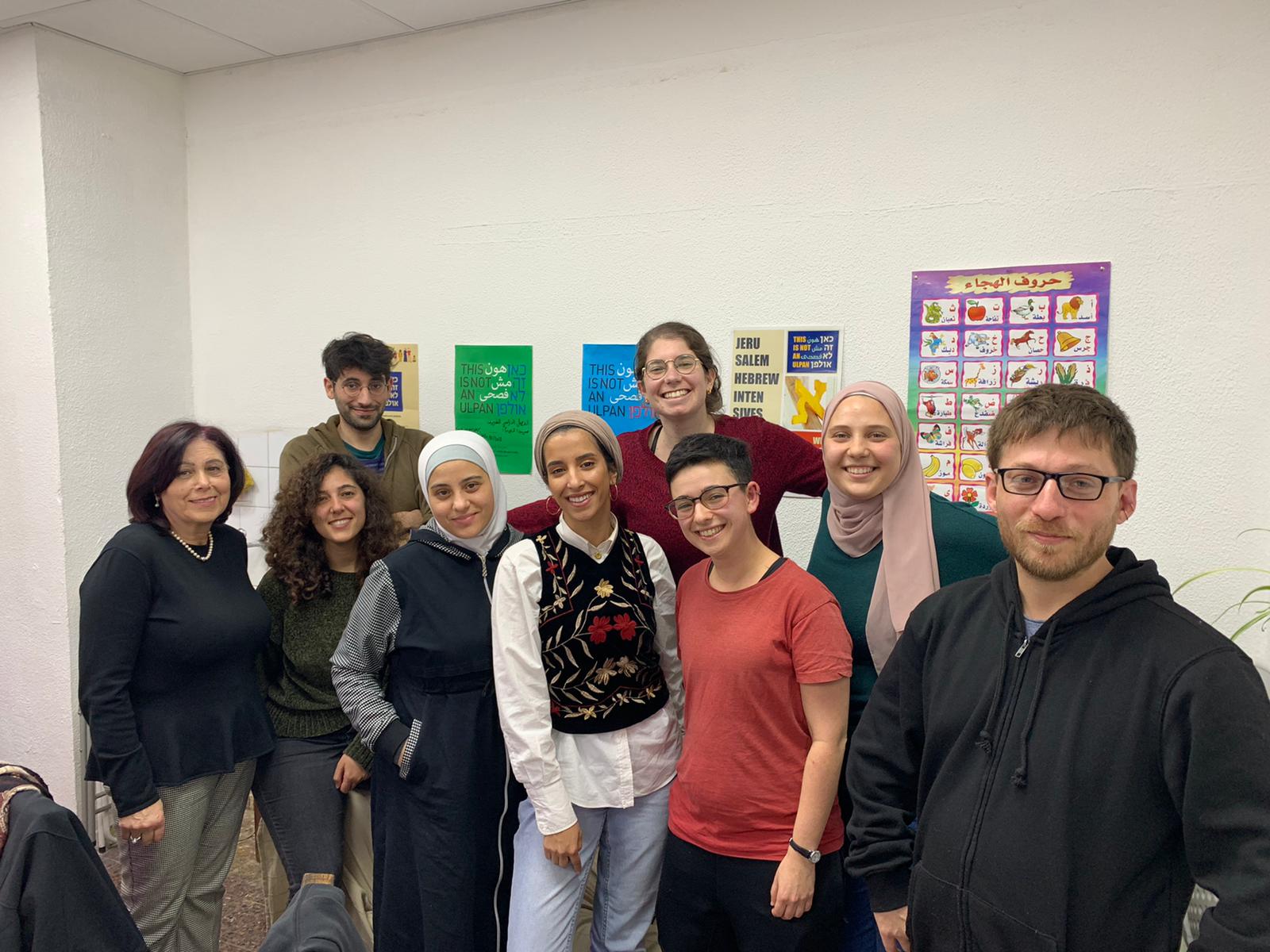 This is Not an Ulpan (Tinau) is a language school based in Jerusalem and Tel Aviv. It was founded in 2012 by a group of teachers and students who had decided to learn the main languages of this region critically. This stance was a response to the pedagogy of traditional Hebrew language schools, which tend to present the Israeli reality in a biased fashion—educating about Zionism and Judaism alone, and omitting narratives of the Israeli-Palestinian conflict from the Palestinian viewpoint. Tinau seeks to create a pedagogy that is critical in its essence, and which engages with tough issues such as the military occupation of the Palestinian territories.

According to Israel’s Central Bureau of Statistics, there are 323,700 Palestinian residents of Jerusalem, 37% of the total population of the city. Divisions between the populations, however, are perpetuated by the state. The number of East Jerusalem residents applying for Israeli citizenship has increased in recent years; the number of successful applications, however, has fallen. Palestinian residents of Jerusalem who want to acquire Israeli citizenship face extremely lengthy bureaucratic obstacles and waiting times at the Interior Ministry office in Wadi Joz.

Jerusalem has separate education systems for residents from the west and east sides of the city. The lack of a common language for education has resulted in significant differences between the two populations and has contributed to the expanding Palestinian population living in poverty (76% of East Jerusalem’s residents, including 83.4% of all children, live below the poverty line). The school system in East Jerusalem must contend with a shortage of classrooms (more than 2500 below the required number) and the highest dropout rates in the country (1,300 every year) while confronting the imposition of the Israeli curriculum on the Palestinian national community of the city. The combination of neglected infrastructure and attempts to influence the curriculum have left the East Jerusalem school system in a state of crisis. 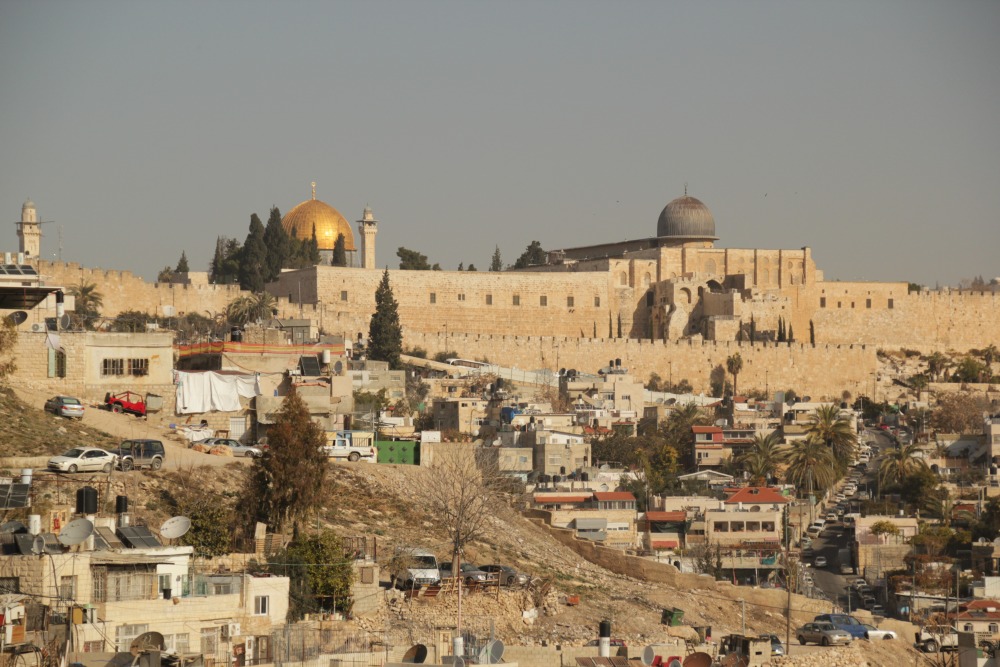 Tal Janner-Klausner is a senior teacher and Jerusalem Pedagogical Coordinator with Tinau, as well as a member of the cooperative. Born in Israel and raised in the UK, they moved to Israel 4 years ago as a returning resident. Tal speaks fluent Hebrew and advanced Arabic and defines themself as non-binary—something that has enabled several spaces for questioning the role of language in gender identity in Hebrew and Arabic at Tinau.

We met for an interview to discuss the importance of learning languages in a conflicted society, the meaning language has in daily encounters, and the possibility of bringing individuals closer within a divided city.

Q: Tal, what does Tinau represent for you as a social activist?

A: I think it’s part of the infrastructure of social activism in Israel. There is an ecosystem of organizations, individuals, and movements that work for social change. We are a part of that, supporting and enabling people to do other kinds of work, as well as inspiring other educational projects. Also, the fact that we are a cooperative, that the structure of the organization represents our values—because it’s democratic and not for profit—I think this is very significant in itself. So, our organization and our workplace culture are also significant for me as a social activist … and not only the education that we do, which is outward-facing.

“Learning a language can be humanizing, especially if it’s taught through learning the culture and the society of the people who speak it.”

Q: Can you elaborate on how your work here generates empathy among the populations in West and East Jerusalem?

A: I think about our work less like East and West Jerusalem, influencing things at that big stage, and more about the individuals who come in and the communities they influence, [an impact] which can ripple out. Learning a language can be humanizing, especially if it is taught through learning the culture and the society of the people who speak it. We have in our community Israelis learning Arabic and Palestinians learning Hebrew, as well as people from all over the world learning both. Learning new languages is already a thing that generates empathy because you understand people on their own terms more than on their own words.

Q: Can you give a concrete example of how language learning can foster understanding between Israelis and Palestinians?

A: Our team members are Israelis and Palestinians. Some of them are used to spending time with the other, some of them are less used to it. So we all learn about each other’s lives through working together. [From my experience] Israelis learn to be racist growing up here, learn to be afraid of Arabs, and to think that Arabic is threatening and foreign. Even when I grew up and was challenged on an intellectual level, I still felt it on an emotional and physical level, this very deeply ingrained racism. When I started learning Arabic, I felt [the fear] melt away. I felt how the languages are interrelated, and not opposing each other.

Q: Have you experienced some kind of clash between Israelis and Palestinians in the class itself? How do you manage the power dynamics and differences in status?

A: One of the times that there was an election, I asked students to write about how they felt about the elections. There were people in the class who were Jewish, non-Jewish, Palestinian, and new citizens of Israel who would be voting in that election. People wrote very different things. A Palestinian woman wrote, “Well, I don’t have the right to vote why should I care about it.” There wasn’t really a conflict in the class; I facilitated a conversation about [her comment], which taught the others about her experience. It was more about sharing experiences than a conflict, but there was tension and there were different power relations present. No one knew that Palestinians in East Jerusalem don’t have the right to vote in the [National] elections so that in itself was meaningful, people learned that and were respectful. 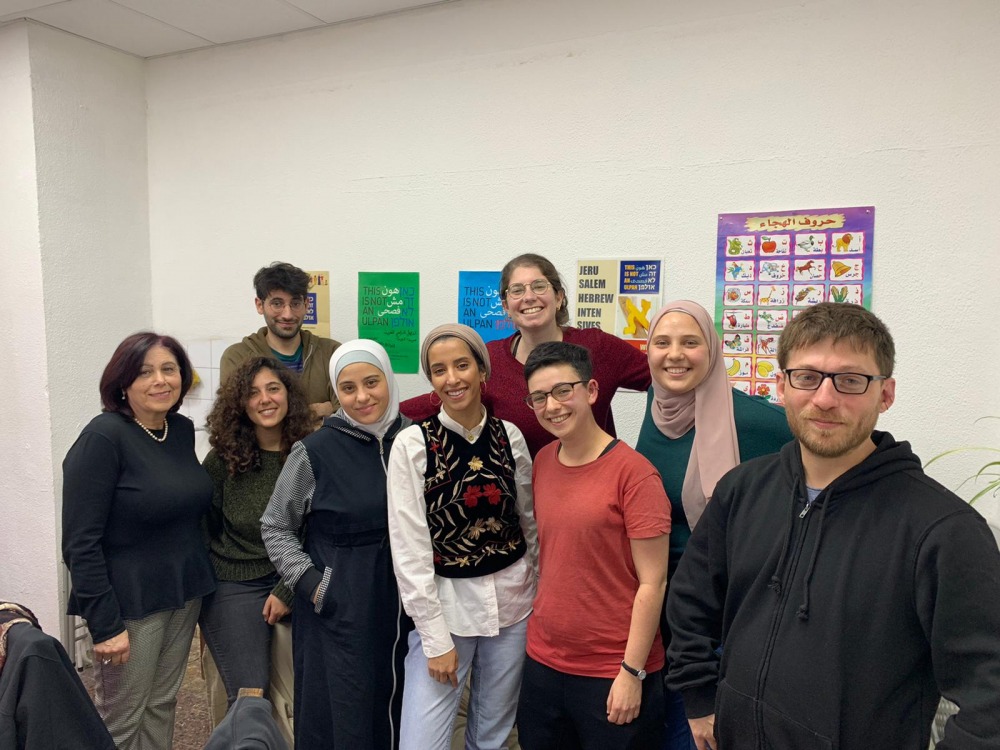 Q: Why and how is “identity” important in the work you do?

A: When learners are learning another language, they have to express themselves in a more limited way, maybe express themselves in a language they feel threatened by, [a fear] that may be intensely connected to their identity; if they are Jewish learning Hebrew or German learning Hebrew, that’s intensely connected to their identity as well.

Q: Tinau has a vision connected to ending the military occupation. How does what you do within the class connect to this objective of social justice and human rights?

A: Behind you, [there is] a map of East Jerusalem that draws in different layers of East Jerusalem, including settlements, the separation barrier, checkpoints. Many people who live in West Jerusalem aren’t aware of the complexity of the situation in East Jerusalem. Although we include this in our courses, it’s very difficult to measure impact in education. You plant seeds [but] you don’t know where they’re going to end up. It’s up to the learners.

Q: Do you still believe that this is the way to a better future, to a fairer future?

A: It’s one thing amongst many others, yes. I'm a very optimistic person emotionally, but not very optimistic intellectually. So, are we doing things that are really making an impact on the conflict? No. But do I think that we make an impact on people’s lives? Yes! Do I feel that we are part of something more significant? Yes!

Q: Thank you so much!

Graduated from Glocal in 2017 and is currently the Community Manager of Tinau.