Glocal began as an aspiration: to make a meaningful contribution to international development, through an international post-graduate academic program in Israel, steered by leaders in the field and populated by a committed studentship. Over the last ten years, Glocal has established itself as the academic program for international development in Israel. Its influence continues to ripple outward, benefiting a global network extending from alumni to local communities to academic partners. Past and present heads of the Glocal program talk about their achievements— and their hopes for the next decade, and beyond.

For this special occasion, we spoke at length with past and current heads of the Glocal program about its evolution. All our academic staff at the Hebrew University, and it is clear that Glocal remains a meaningful part of their professional lives. Prof. Avner De-Shalit, one of the founders of the program, describes the birth of Glocal. At the time, he was Dean of the Faculty of Social Sciences:

“Several months earlier two activists, Rabbi Micha Oddenheimer and Ms. Aya Navon came to persuade me of the need for such an MA program. I remember their enthusiasm. I fell in love with the idea immediately. But a university is an organization, and organizations have their own ways of doing things; so it took time. Several colleagues joined forces and we managed to prepare a lovely proposal. Finally, about a year after Oddenheimer and Navon met me, it was to be approved by the President, Rector, and a special committee of all the deans. The Rector was very supportive, and so was the President. But the deans gave me a hard time with their skepticism. Still, as the meeting progressed, they too gradually fell in love with the idea. I use the term "falling in love" because it's not a matter of rational calculation. What I felt was that if we did not try to open the program, I won't be able to look in the mirror. I mean, what right do we have to preach to the world about justice and freedom, what right have we as Israel’s leading university, if we do not try to establish such a program? This is actually what I said in this meeting, more or less. The truth is, I don't really remember the last minutes of this meeting and what I said. I was too excited and worried. I think I nearly fainted when it ended as if I was running 10 kilometers (which, at my age, is not easy). I do remember that after the unanimous vote in favor, I went to the university coffee shop and treated myself to a double espresso. And yes, also a cake."

It seems that this combination, the rush of enthusiasm balanced by pragmaticism, is a shared experience. Prof. Steven Kaplan, Glocal’s first Academic Head, recalls the first cohort of the program:

"I always think of that first cohort who joined a program without a history, track record, and experience. People willing to take that risk were just the kind of people we were hoping to recruit." 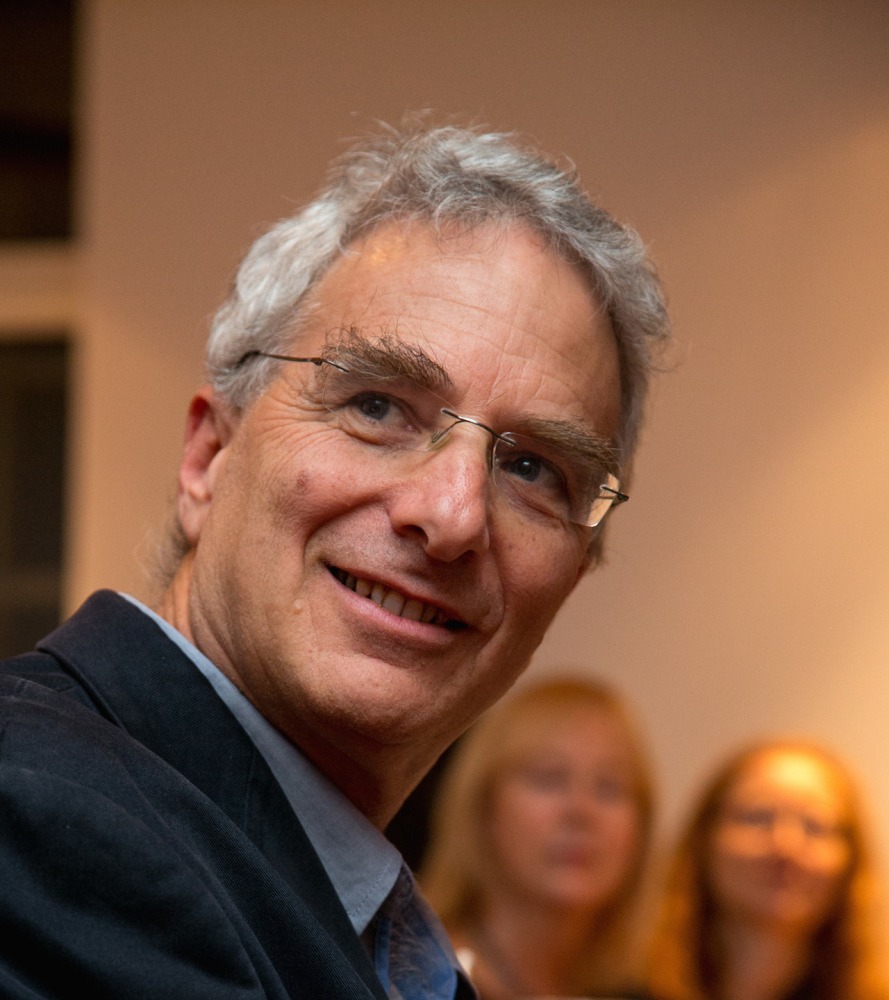 The Glocal program is about its people. Students and alumni are an important part of the Glocal family. Everyone interviewed for this article commented on this, including Prof. Guy Harpaz, the fourth academic head of the program: "The first time I entered a class in Glocal, I was positively shocked to see that this real diversity existed in the cohort of students. People from across the globe, as well as the impressive female presence. All in this small classroom."

Indeed, the diversity and internationality of the program are among its pioneering characteristics, helping Glocal contribute to the Hebrew University’s evolution as an academic body. Prof. Kaplan explains: "Glocal was a pioneering program, in offering an English-language degree within the Social Science Faculty rather than the Rothberg International School. I think it really pushed the University to accept the idea of English degrees and the pursuit of internationalization." Dr. Reut Barak Weekes, current head of program agrees: "Glocal’s international body of students studies together with Israelis within the regular university system. This was almost unheard of when the program was founded. Glocal’s excellent approach to bringing together Israeli and international students demonstrates the true internationalization of the Hebrew University.” This has yielded other positives, she notes. “Glocal’s collaborations with field organizations around the world contribute to bolstering the Hebrew University’s reputation for excellence, and its capacity to promote real positive change towards sustainable development." 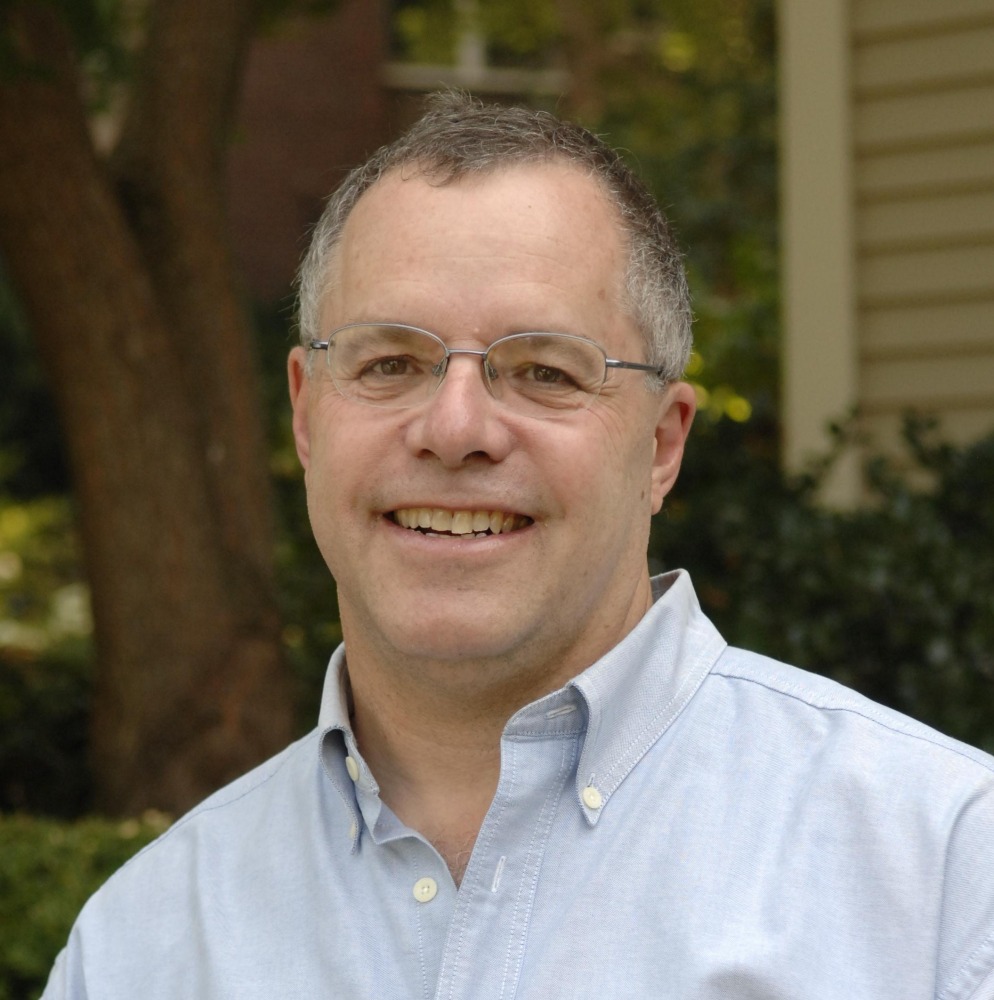 Prof. Harpaz, today Dean of Students at the Hebrew University, identifies the success of Glocal in "the connections the program has built with donors, foundations, and career paths for its graduates. Despite being a relatively small program, Glocal managed to lead in high-quality courses, and this year won the ‘International Prize’ of the Hebrew University."

Prof. De-Shalit adds: "Glocal has contributed to the Hebrew University in more than one way. Indeed, I am told that the President and Rector of our university often mention Glocal with pride. One obvious contribution is that Glocal is part of what we refer to as ‘healing the world.’” Universities have many complementary roles, he observes.  “One important function is to help heal the world, as much as we can, with the knowledge we spread. Needless to say, Glocal leads in this respect." In this regard there is another, more local aspect the Glocal program embraces, as part of a university in Jerusalem. Prof. Harpaz notes the importance of encouraging Palestinian students to study at the Hebrew University, alongside Israeli and international students, as well as taking up internships with Palestinian NGOs in the West Bank, Jerusalem, and elsewhere in Israel. 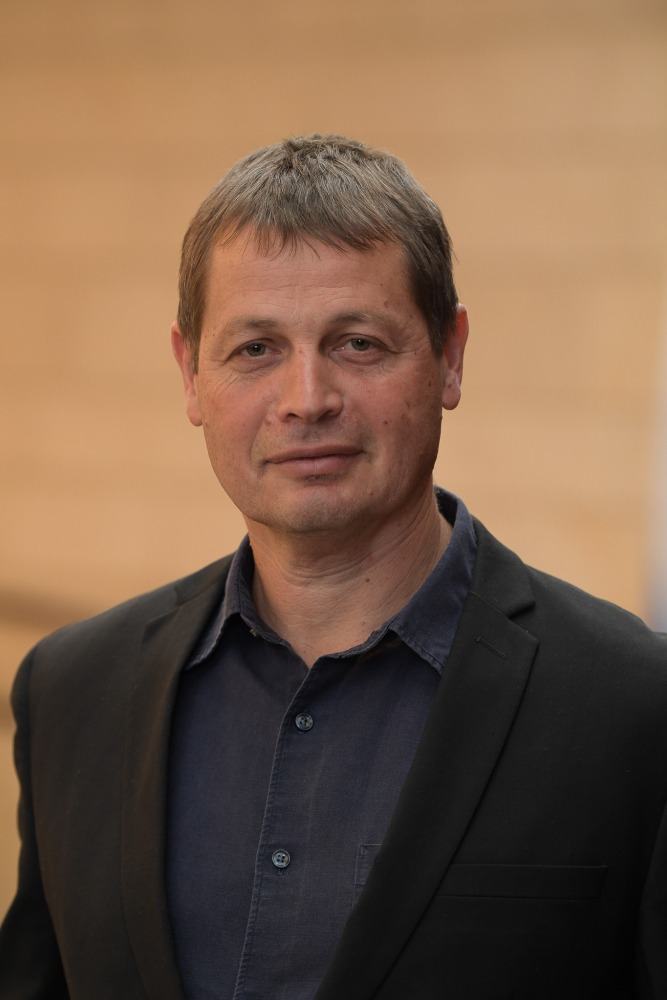 Prof. Harpaz shares a learning experience drawn from the program about the strength and determination of women. A female student was determined to do her internship in Morocco, despite his reservations about her safety. “She was very confident and professional about it, such as to convince me to change my mind. Her internship ended up being very successful and opened more regional cooperation for the program. To me, the generation I met in the Glocal student body reflects women’s strength and leadership."

Glocal, as the first, and until recently, the only academic program in Israel to teach International Development has contributed to the growth and professionalization of the field in Israel. "Glocal has not only educated and trained the next generation of development practitioners and academics in Israel, but has also influenced knowledge development, capacity building, and strategic planning by organizations and government entities operating in the field,” Dr. Barak Weekes observes. “The field of international development has grown tremendously in Israel over the past decade, and Glocal has become a knowledge center contributing to the growing scope of activities in the field." 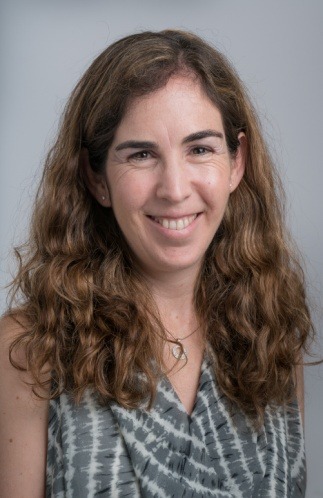 Prof. De-Shalit opines that Glocal’s influence extends beyond Israel. "I am very proud to say that our attitude is not only local. One could say that we think global. And I am happy that we do so. I want the Hebrew University's students to realize that Israel is not the center of the world. It is our beloved country; and yet, we should be humble and understand that the world is huge and we must be sensitive to the needs and rights of other nations and individuals." Dr. Barak Weekes elaborates: "Through international collaboration, Glocal strengthens practitioners and students’ international knowledge and exchange. Glocal’s alumni network facilitates collaboration and exchange of best practices in the field, and our lecturers and students strengthen academic research in the field of international development and community development in Israel."

Not surprisingly, Glocal’s ethos has become more relevant during the COVID-19 era.

"Glocal sees development as a community-led process. Our students and staff truly believe in the power of communities to ignite and support development processes that are relevant, creative, and sustainable,” Dr. Barak Weeks says. One outcome of the COVID-19 pandemic was the cessation of international aid and support—and the rapid emergence of local alternatives. “Community members and community leaders across the world stepped up to answer needs of local populations and to act where the state was absent,” Dr. Barak Weekes says. “As such, the relevance of Glocal’s approach became evident, not just on the program but globally. Glocal students and graduates have played a significant role in facilitating such development, and will continue to do so in the future."

What does the future hold for Glocal? Dr. Barak Weekes’ hopes are for a diverse, enthusiastic, and committed studentship. “I believe that with Glocal’s training and education, these will be the people driving the field of international development in Israel and globally: with sensitivity, attention to local needs and assets, and professionalism. "

Prof. Harpaz mentions his satisfaction with the Glocal program’s positioning. ”I hope for the Glocal program to strengthen its position within the international arena, establishing student exchange programs, collaborations with other academic institutions, and cutting-edge internship and specialization tracks. And of course, keeping its combination of soul and mind—Tikun Olam and social contribution, together with excellence in research and publications."

Prof. De-Shalit tempers his high hopes for Glocal’s future with pragmatic considerations. "Let us hope that things calm down and that the world learns to control the pandemic. Within this huge wish, I wish for Glocal to continue in a sustainable manner. We should not be tempted by rapid growth, to become a huge program. We should remain intimate, a family-like program."

Indeed, the Glocal program has left its mark on all involved. Dr. Barak Weekes concludes with a touching anecdote summing up the Glocal ethos:

"For six years, I worked as a Glocal internship advisor. I’ve accompanied many dozens of students in their process of identifying their ideal internship, preparing for it, and conducting it in the field. The internship is a complex process, with much expectation, adjustment, and creativity, and it happens that students complete the internship with a sense of ‘I should have done things differently. A specific case I remember is of a female student who had to adjust to a completely different reality than planned prior to the internship. The organization, the relationship with the community, and the activities on the ground were all different than planned. Even by taking numerous steps to adjust, working with the communities in a sustainable way, and developing new prospects for the organization, upon completion of the internship, she was left with an overall unsatisfied feeling. This is why, when I met her a couple of years after graduation, I was delighted to hear her memories of the internship as one of skill-building, self-confidence, and the capacity to adapt and adjust,” Dr. Barak Weekes recalls. “The experience, she said, helped her to develop professionally, and she showcases it to show her strengths in the field and her sensitivity to local realities. This symbolizes for me the work we do at Glocal: we facilitate students’ learning and understanding of local realities.