Urban development initiatives often pit competing interests against one another—ultimately, to the detriment of all. The city of Bet Shemesh stands as an exemplar for a collaborative and sustainable approach. The difference? An approach that recognizes community needs, and facilitates access to key resources. 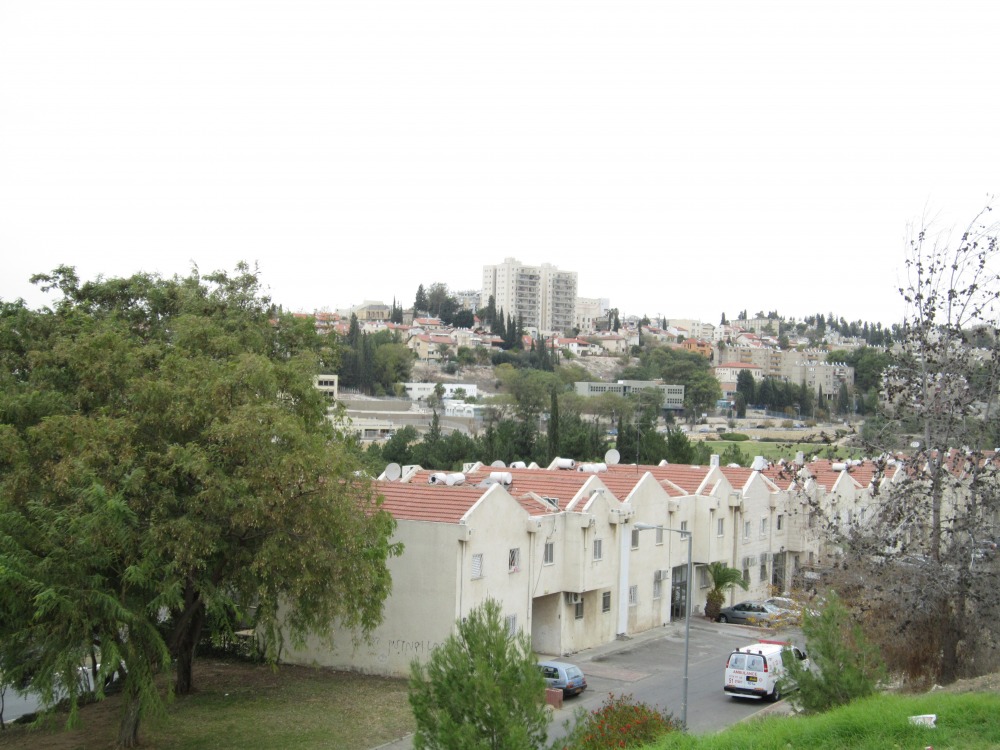 Bet Shemesh, a city in Israel’s periphery, has become a model for rapid urban development and sustainability since the inauguration of its new mayor, Dr. Aliza Bloch, in November 2018. In a little more than a year, the city has made deep inroads toward improving its social, economic, and ecological sustainability. Bet Shemesh is a development town that has been neglected for many years, so actual change occurs at an uneven pace; nevertheless, many improvements have been set into motion. Other cities can emulate Bet Shemesh’s rapidly implemented and multi-pronged approach toward strengthening its sustainability.

Bet Shemesh has long been a poor and non-sustainable city, in the sense that it was unable to meet its own needs without compromising the ability of future generations to meet their needs. The modern city of Bet Shemesh was founded in 1950’s in Israel’s Jerusalem District, with immigrants from Morocco and other Sephardic countries as its first citizens. In the 1990’s, a large influx of new immigrants from Ethiopia, the former Soviet Union, and English-speaking countries moved in, along with modern Orthodox and Haredi Israelis. The 2019 population was 118,676, and by 2025, the population is expected to expand to 250,000 residents, thanks to a masterplan that includes multiple new housing units and geographical expansion into the neighboring hills.

Home to the 3rd poorest neighborhood in the country, Bet Shemesh earned a “2” (out of “10”) in the 2018 national socio-economic ratings conducted by the Central Bureau of Statistics. Between 2008 and 2018, Bet Shemesh was Israel’s fastest growing city, with new neighborhoods constantly being planned and built. However, little consideration was given at the time to the infrastructure needed to sustain the influx of new residents. At the time of Dr. Bloch’s election, the city was noticeably lacking in multiple areas, including transportation, business, access to healthcare, environmental cleanliness, and culture.

Social sustainability means that all people can attain basic necessities and have access to the resources required to keep their families and communities secure and healthy. In a socially sustainable community, the community’s leaders ensure that all citizens’ rights in the labor, cultural, and personal arenas are respected. To achieve that, leaders have to take the needs and aspirations of all different types of populations into account, addressing factors as diverse as quality housing, educational opportunities, access to healthcare, cultural opportunities, and the opportunity to voice concerns.

One of Dr. Bloch’s first initiatives as mayor was to give voices to her residents, by implementing large group interventions. This is a highly useful community tool in Asset-Based Community Development, as it involves stakeholders and makes use of local resources. Advertisements throughout the city invited residents to contribute their thoughts in open-space meetings on the topics of transportation, development of public spaces, and development of business initiatives, among others. Learning their needs and opinions helped focus the municipality’s efforts toward establishing sustainability.

Plans to expand Bet Shemesh into formerly uninhabited areas had already been in place before Dr. Bloch’s election. She turned the municipality’s focus toward upgrading existing areas as well, unveiling an urban renewal plan to improve social sustainability for current residents of Bet Shemesh. The plan includes replacing low-rise buildings with multiple-occupancy high-rise apartment buildings, refurbishing public spaces such as the run-down commercial area in the city center, and renovating public buildings, such as schools.

Multiple types of populations from enormously diverse socio-economic backgrounds live in Bet Shemesh. The social integration of the various groups is a challenging objective, but addressing the unique cultural and educational needs of each group would go a long way toward minimizing inter-group tensions. To that end, the municipality has planned a schedule of cultural events that will take place throughout the year, serving a range of age groups and sectors. The city also resumed construction on a long-abandoned cultural center and has created a municipal soccer field. Additionally, the municipality continually addresses the lack of classroom space by expanding or building schools for all sectors of the population, placing emphasis on ensuring that each child in the municipality has an appropriate educational placement.

Access to healthcare is a vexing problem for Bet Shemesh residents, given that the closest hospital is more than half an hour away by car. The municipality has addressed the immediate need by inaugurating direct bus lines between Bet Shemesh and two hospitals in Jerusalem, purchasing two new ambulances, and opening a branch of the Ministry of Health in the city. Furthermore, it has made progress in developing a long-term solution, by entering into an agreement with Jerusalem’s Hadassah hospital to build a healthcare facility within Bet Shemesh.

A city with economic sustainability allows its citizens to maintain their independence and have access to the resources that they require, such as secure sources of livelihood, to meet their needs. Bet Shemesh and its surrounding towns have limited employment opportunities, necessitating travel far from the city to earn a living. The municipality has begun to tackle this problem by developing a new industrial area and heavily investing in marketing the empty lots to industries. Some of the lots have been sold, creating new local job opportunities. For example, La Pastilla, which controls 95% of Israel’s dough market, is opening a factory, and the CelloPark parking app is opening its customer service center in Bet Shemesh.

The municipality is also engaged in increasing its revenue. It has published a tender for the installation of solar panels on the roofs of 50 public buildings in the city; this will save money and generate income for the city to invest in educational initiatives. In addition, the city has begun the construction of a new municipality building, which will allow it to terminate its current wasteful practice of paying exorbitant rent to a private entrepreneur for use of the city’s offices.

"Change is difficult to implement, but by addressing many aspects of social, economic, and ecological sustainability at once, a city can rapidly develop and progress toward achieving sustainability."

Environmental sustainability means that ecological integrity is maintained, and the earth’s environmental systems are kept in balance while the natural resources within them are consumed at a rate whereby they can replenish themselves. Dr. Bloch began her first day as mayor riding through the city on a garbage truck, representing her dedication to a cleaner city. Since then, she has implemented several city-wide cleaning campaigns, and the city has spent millions of shekels on in-ground garbage bins in commercial areas, strengthening cleaning services, augmenting gardening services in public areas, and a plan to renew all the streets of Bet Shemesh.

Furthermore, the Bet Shemesh municipality is battling to rapidly improve its stagnated public transportation system, so that a private car will not be a necessity for every resident. It has already added more than 200 parking spots at the train station, and plans to drastically improve access to the train station, as currently, there is no drop-off point for train passengers!

Due to the significant increase in the city’s population, entire neighborhoods have insufficient public transportation. The buses are old and frequently break down, and are so overcrowded that they are often forced to skip stops along their routes. Moreover, the 2017 tender for public transportation operators in Bet Shemesh is currently frozen, due to a dispute between bus manufacturing companies. Therefore, the municipality has filed a court petition against the Department of Transportation, asking it to take immediate action by adding buses and bus lines. Through this action, Bet Shemesh hopes to surmount the barriers to public transportation and radically boost its environmental sustainability.

Other cities that are severely lacking in sustainability practices can learn from Bet Shemesh’s efforts. Considering how to attend to the personal and social needs of each and every sub-group of residents in the city will drive efforts toward sustainability.  Change is difficult to implement, but by addressing social, economic, and environmental aspects at once, a city that is suffering from multiple deficiencies can rapidly develop and progress toward achieving sustainability.